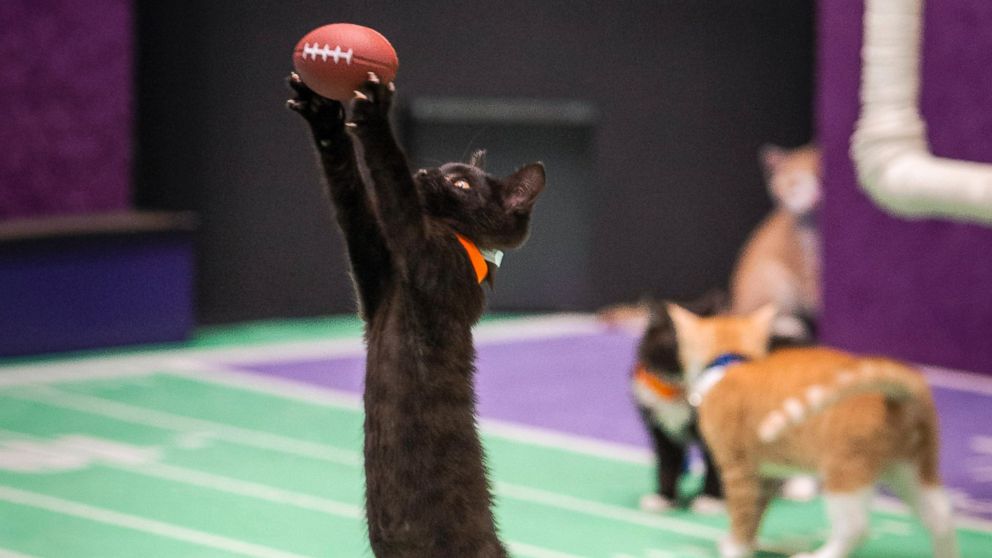 No one knows exactly why a cat was in attendance at the Miami-Appalachian State game, but it is known that he stole the attention of every fan in the stadium. The cat had a nice view of game with an upper deck seat but he decided ten minutes into the game he might try for a seat closer to the action on the field.

As he slipped under the apron/ barrier of the upper deck he had underestimated the distance he’d soon be falling from, as he dangled for minute struggling to keeps his paws on the apron he slowly lost his grip and started his plummet to the depths below.

Everyone in attendance was watching very closely as this tragedy was unfolding when a good sumaritan down below used his american flag that he brings to all of the games as a makeshift net to catch the cat falling from above this man saved at least on of the cats nine lives.

Once the coach was informed about the incident he only had this to say “I don’t know anything about that or what was going on, but I’ll tell you — if the cat can help our red-zone offense, I’ll see if we can get it a scholarship”

So will we find out if the cat was a stray probably not but we do know that if he starts practicing on the betterment of his red-zone offense he has a shot a a scholarship to play with the team he so desperately wanted a better seat to watch.