The Rebel Radio Show will be using Year of October for their October theme song!

Long-time listeners of The Rebel Radio Show will know that since debuting on CBW Radio, the broadcast has been played in by an altered cut of Green Day’s “Shes a Rebel”. Likewise, preceding the live radio show, The classic “suspend the show” track has played host to the into of every Rebel Podcast to date. As we once again approach October, The Rebel Radio show begins to gear up for the highly anticipated month of conspiracies. Three years running, the WSRR team has taken the top suggested conspiracy theories from listeners via the WSRR Discord server and dedicated their weekly show to dive deeper into them.

Previous seasons have seen guests in the likes of WMMS’s Corey Rotic, NCX’s Joe Czekaj, and many more as well as listener-submitted voice recordings, voicemails, and interviews. This year Style’s Rebel Radio is pleased to announce a partnership with Nashville band Year of October to use a cut of their track “Wastelands Pt. 2” as the show’s main theme for the month. Year of October are no strangers to CBW Radio being featured on The Rock Revival’s Independent Spotlight as well as in daily rotation alongside promotional spots voiced by the band! The track can be found on Year of October’s album Wastelands which debuted on CBW Radio in April of 2022. (Below)

To learn more about Year of October you can check out this article from Style, or head to their website! 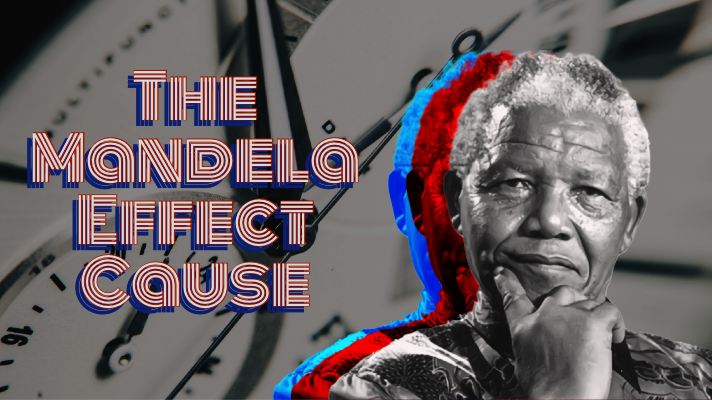 The Mandela Effect, Named after the mass confusion surround the death of Nelson Mandela, is the name given to the phenomenon of the mass remembrances of events that seemingly never happened. The theory began with the aforementioned Nelson Mandela who passed away in 2013 despite a hefty majority of people remembering him dying in an African prison in the 1980s. Since then the community surrounding the Mandela Effect has grown rapidly as more residuals are discovered and more theories arise as to just how this all can possibly be happening. Before we dive into some of those theories, let’s break down some of the most iconic and recent Mandela Effects that may affect you.

No, you didn’t read that wrong and no, that’s not a typo. The spark that lit the fuse is largely attributed to these childhood storybook bears. Most often remembered as the “Berenstein Bears” even the most detailed search through the archives will show these bears have always been named the “Berenstain Bears”. While some residuals of old TV Guides and VHS tapes have surfaced, no source that can be traced back to the production or company responsible for these books or shows ever show them being spelt with an “e”.

… A box of chocolates

Everybody and their mother is familiar with the cultural classic that is Forest Gump. Even for those who haven’t seen it (Do you exist?) there is one quote from the film that has surpassed pop-culture. Go ahead and say it to yourself, It’s the catchphrase, The Slogan, The repetend line through out the film. Dis you say “Life Is like a box of chocolates”? If so, You’d be wrong. I know what you’re thinking, how could this be can hear Tom Hanks say it plain as day. I urge you to go back and watch that clip on YouTube, listen closely and hear that iconic line… “Life WAS like a box of chocolates”.

Who’s the Fairest of them all?

Yet another pop culture classic, Snow White. Admit it fellas, you know the quite too. Ya know, that famous quote, “Magic Mirror on the Wall, Who’s the fairest of them all?” That’s right, No “Mirror, Mirror” in this reality. One of the absolute most baffling examples as that exact line has been seen quoted in Shrek as well as inspired its own spinoff of the same name. Yet in the Disney animated Snow White film “Mirror, Mirror” is never spoken. Stranger still, seemingly in the other languages the movie is translated in, that line DOES appear. Residual?

Down The Rabbit Hole

There is an ever-growing list of Mandela Effects that seemingly keep getting wilder and wilder. If none of these have made you question this reality, I encourage you to check out the following video on some of the most bazar Mandela Effects.

So How Can This Be?

As of now there are two major theories as the the reasoning behind the Mandela Effect phenomenon.

The first theory revolves around the possibility of a paradox involving the timeline we know to be our reality. And yes, before you jump to it, this theory well precedes Loki and the Multiverse. The theory goes that the world (our world that we have perceived in this reality) has actually ended, and not just once. However rather than physically ending the reality we perceive has merged into another reality causing a paradox, one where we retain the memories from our initial reality despite the subtle differences making these non-existent in the current one. Three notable points in history have been linked to this theory as three different points we have merged with three different realities. The First paradox event is said to be Y2K, originally thought to be “The end of the world” Year 0 would wipe all computer based intelligence ability to comprehend the actual year causing a reset. The second paradox shift is though to be the year 2012 when the Mayan Calendar predicted the end of the world. Lastly and most recently is the year 2020 which was considered to be the coming of days due to the unforeseeable and outrageous events the year hosted. While we can look back at these three fixed points as nothing more than hoaxes and false predictions, oddly enough there seems to be a spike in Mandela Effects following each of these years.

Simulated Reality theory is the theory that it is very possible and even extremely likely that we currently live inside a computer generated simulation. The crux of the theory relies on the fact it would be next to impossible to answer this question without first being able to create a simulated reality of our own that perfectly mirrored our reality. However by doing so we also run the equal possibility of either creating the first simulated reality or being the last reality to do so. The Mandela Effect comes into play as the response to a “patch” of sorts. While a new reality or update to our current one could easily overwrite the code for a company like “Febreeze” so that the code reads it was actually always spelled “Febreze”, rewriting the code of near sentient, growing AI as a whole would be a lot more challenging. This would lead to peoples “false memories”. Memories of something that actually existed and was witnessed however was overwritten so that it seemingly never existed inside the current reality.

This is just scratching the surface of the Mandela Effect theory. This ever expanding and ever growing phenomenon is one of my favorite things to discuss and monitor. I highly encourage anyone unfamiliar to look into some of the documented effects as I can almost assure you one of them will strike a chord. Let me know what your favorite Mandela Effects are and which ones sent you over the edge below, then be sure to check out more articles like this one right here!

Like clockwork, as it begins to grow colder outside Spirit Halloween stores begin popping up all over the nation. The popular seasonal retailer makes its home in the empty husk of department stores past. It seems with every passing year Spirit Halloween gains more and more traction growing larger in both size and reach. In this life it would appear there are in fact three things certain: Death, Taxes, And Spirit Halloween finding an abandon building to pedal it’s wears.

Between the years of 2017 and 2019 the American economy began flourishing in ways that hadn’t been seen in several years prior. With a 2.1 GPD increase in the final quarter of 2019, according to bea.gov, business in the US was strong. Now at this point you may be asking yourself, just what does the GDP have to do with Spirit Halloween, or even COVID-19 for that matter? Well it’s simple really, what is the only company that could possibly be harmed by a steady American economy, that’s right Spirit Halloween. Spirit Halloween thrives on the opportunity of moving into the buildings of businesses that have gone under. Meaning if the economy is stable and businesses are able to stay afloat, this poses a threat for the future of Spirit Halloween. Seeing this to be a career threatening issue, is it so unreasonable to think the higher ups at Spirit we’re willing to go to any depths necessary to ensure their future.

Since the introduction of the COVID-19 virus to The United States in late 2019 and through the first quarter of 2020, the GDP has dropped 5%. With an estimated 7.5 million small businesses facing the risk of shutting down (CNBC) Spirit Halloween’s location selection is looking ripe for the picking. Now how would a company such as Spirit Halloween go about being able to cover up such a massive pandemic,why by turning to what they know of course, bats. The initial story reported regarding the discovery of COVID-19 involved the consumption of a bat, otherwise recognizable as an icon of Halloween culture and commonly used influence for Spirit Halloween.

In a world full of uncertainty, panic, and speculation it would seem the only company in a better place coming out of the pandemic this coming fall would be Spirit Halloween. They may not have started or created the virus, but it would appear they have too much steak in the matter to not even be considered a possible link to the COVID-19 outbreak.