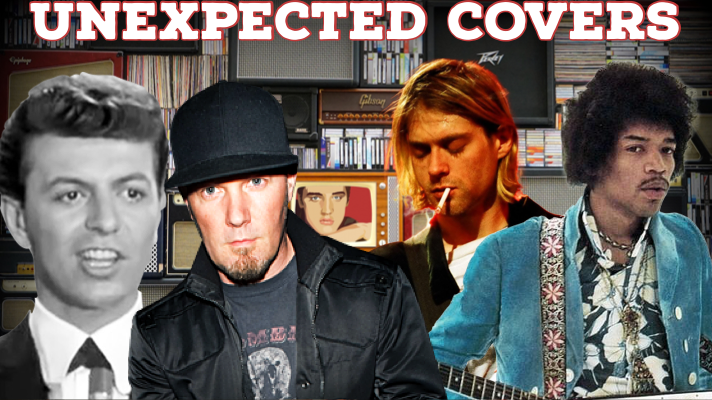 Cover songs have been a staple of the music industry for its entire existence. If a song is popular enough, you already know a cover will soon be on the way from any and all artists who think they can sell a few copies. With covers as popular as Elvis Presley’s entire library to Led Zeppelin’s Dazed and Confused, many of your favorite tunes are in fact covers even if you didn’t realize it! However, on the flip side of that, with so many artists synonymous with a particular sound you’d never expect them to venture out into covering something totally out of their genre wheelhouse. That’s where you’d be wrong. We’ve complied a collection of artists who covered some unexpected songs that may take you by surprise!

Yes that’s right, the American Doo-op singer responsible for such hits as Runaround Sue and The Wanderer ventured into Hendrix! In an odd twist, Dion adopted Purple Haze into his library in 1968, just one year after Hendrix released it! The psychedelic rock anthem was slowed down and turned into more of a balled under Dion but somehow remains to be, if not becomes even more, trippy. Certainly and unexpected track from the heartbroken oldies singer, but not an unwelcome one by any means!

Believe it or not there are people who enjoy Limp Bizkit! Alright, jokes aside the controversial rap rock group found their success in the early 2000s with tracks like “Rollin’” and “Break Stuff” and were even used as The Undertaker’s entrance theme during his stint as The American Badass. Unfortunately for us, nobody told front man Fred Durst that rap rock and George Michael don’t mix. For reasons unbeknownced to us Limp Bizkit decided to include Michael’s 1987 Faith on their 1997 album “Three Dollar Bill, Y’all”. The kicker? While bordering on the creepy side, Durst’s opening to the song isn’t the worst thing in the world. Fret not however, just wait for the chorus and sit back as Fred and the boys ruin this classic.

The White Stripes can do no wrong! The iconic 2000s Faux Brother/Sister, Husband/Wife duo left their mark on the music industry with memorable rock tracks such as Fell In Love With A Girl, We’re Going To Be Friends, and Icky Thump. However the song that will ensure The Stripes live on forever has to be Seven Nation Army, a staple of any high-school football game or workout playlist. Always the artist, front man Jack White is no stranger to experimenting with covers, as is the case with The White Stripes rendition of the 1965 #2 hit Love Potion No.9. However it’s their iconic cover of Jolene we’re focusing on for this list. The echoing live guitar and raw emotion in the voice of Jack White coveys the emotion behind the classic Dolly lyrics. The rock rendition may be one of the finest live covers of the era and is definitely deserving of a listen if you have yet to hear it!

Kurt, Dave, and Krist were certainly no strangers to borrowing from some of their favorite artists. With a library containing the likes of Bowie, The Meat Puppets, Lead Belly, and many others it’s no shock the band fiddled around with other cover ideas. Dating all the way back to 1987, The legendary trio broke into Zeppelin’s Heartbreaker during one of their very first live performances. Unfortunately this rendition never made it to the studio but did become available to the public courtesy of With The Lights Out and Sliver: The Best Of The Box which features early recordings, demos, live tracks and unreleased music! But the best part about this cover, “I don’t know how to play it!”

Oh yes, that is correct. The mind behind “Puppy Love” and “Put Your Head On My Shoulder” proved he could still hang when he released his album 2005 album “Rock Swings”. The album included lounge and swing covers of the likes of Bon Jovi, Nirvana, Oasis, Survivor, Van Halen, Chris Cornell, and more! Anka undoubtedly knocked it out of the park earning himself a long deserved star on Canada’s Walk of Fame! Having the ability to take Smells Like Teen Spirit and make it easy listening even your Grandparents would call quality music is a true sign of a multitalented artist! Step aside Richard Cheese!

With a vast and ever growing world library of cover songs, these are just a handful of renditions that may have taken you by surprise! Let us know what you think down below and who’s cover caught you off guard! Be sure to check out more music related articles here and keep on rockin’ on! 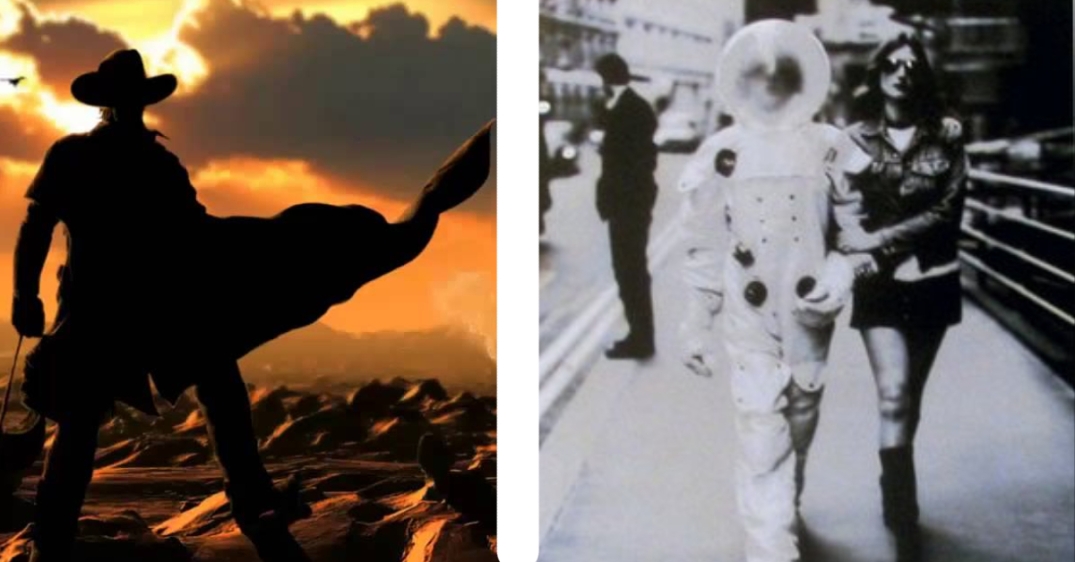 I love Music. Possibly the most overstated sentence in the English language, as well as one of the most untrue. Typically followed by “except country” or “except rap” the statement “I love music” then becomes defunct. Now don’t get me wrong, everyone is entitled to their preference however one cannot simply dismiss an entire genre from having any good tunes because “I don’t listen to/ like that genre.” Likewise, “I love music” is a dangerous blanket statement that is perfect for queuing up genre trivia because of the absolute absurd amounts of musical genres people don’t typically discuss or think about. These are the most criminally underrated music genres that deserve to be commonplace in music discussions .

Big Band music, often lumped together with Swing, is a genre of music typically defined by including 10 or more instruments. Building off of jazzy undertones and often lacking vocal contribution, Big Band music erupted in the early 20s- 40s however the genre still lives on and is growing today! Groups such as Snarky Puppy infuse the jazz style of traditional Big Band groups with modern instruments. Big Band is the absolute perfect background music for social events or small parties.

Groups like The Beach Boys and Jan and Dean popularized Surf Rock in the mid to late 1960s. In a classic case of, anything you can do, I can do better, Japanese music groups took the Surf Rock genre to the net level. With a sound that can only be described as a surf-rock guitar being unlocked to its full potential, groups such as Takeshi Terauchi And Bunnys revolutionized the possibilities of the Surf-Rock genre. Honestly, I encourage everybody reading this blog to check out some Japanese Surf Rock, you will not regret it!

Yeah, you heard me right, Space Rock. I cannot stress enough how much Space Rock needs to make a mainstream resurgence! The objective of Space Rock is to obtain an other-worldly sound, typically this is accomplished by the use of distortions, wild amounts of reverb, and instruments including guitars, synthesizers, and even the occasional thereon. Popularized n the 1960s as space and cosmic intrigue was at an all-time high, these early effects-heavy tracks create almost an eerie feeling of intrigue! My bandmate put it best describing the sound as the music equivalent to playing the hit game Destroy All Humans.

Like Space rock? Well, we’re breaking it down into a subgenre now! Psychedelic Space Rock takes the eerie unearthly feeling of space rock and combines it with the detached mindset of Psychedelic Rock. Emerging in the late 60s to mid-70s, This genre can serve as a much-needed alternative to the Lo-Fi and Classical music many use to kick back, unwind, relax, or study!

Now before you anti-country die-hards click away allow me to clarify, WESTERN MUSIC IS NOT THE SAME AS COUNTRY MUSIC! You can consider it a predecessor to Country or even Bluegrass for that matter but Western music is its own entity. Comprised of Spanish guitar and often upright bass, the key to Western music is the storytelling. Possibly the richest in backstory of all the musical genres, Western music goes into great detail describing stories, events, folklore, and tales of tragedy. The absolute best genre in my opinion for long road trips or sitting around a fire, Western music focuses on the story rather than any eccentric musical accompaniments. The unappointed King of the Western Balled, Marty Robbins.