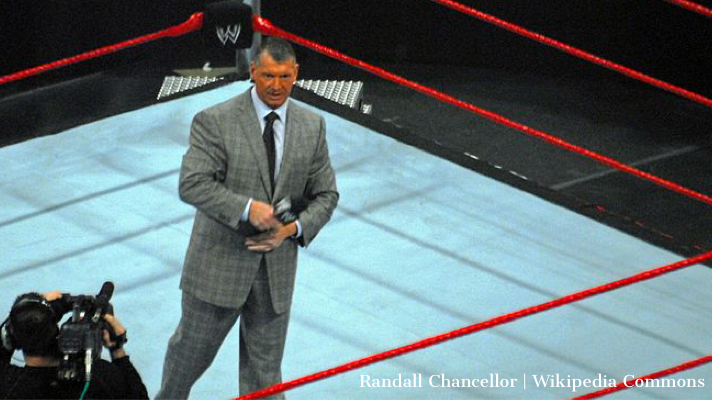 Recent allegations involving WWE CEO and Chairman have surfaced involving an alleged agreement for an employee to keep quiet following a sexual encounter with the boss.

On June 15th, 2022 Wall Street Journal reported that WWE Chairman Vince McMahon had allegedly paid 3 Million dollars in a Nondisclouse agreement to a former WWE paralegal with the intention of keeping her quiet involving a consensual sexual relationship with McMahon. The WWE board began investigating the matter as well as others involving similar payments and misconduct as well as John Laurentius who has since stepped down as Head of WWE Talent Relations. Laurentius was said to have also had sexual relations with the same paralegal as McMahon. The WWE Board was informed of these actions via an anonymous email from someone claiming to be a friend of the paralegal in question. She describes the woman was initially hired on a $100,000 salary which was increased later to $200,000 after beginning a sexual relationship with McMahon. A Settlement agreement including an NDA stated the paralegal would receive 1 Million dollars upfront upon her departure to keep quiet on the matter with an additional $2 Million to be paid out over the next 5 years. Upon the news of the investigation breaking McMahon stepped down as CEO of WWE, a role that was filled by his daughter Stephanie McMahon.

On July 8th WSJ once again reported on the ongoing Vince McMahon investigation claiming he had, “Agreed to Pay $12 Million in Hush Money to Four Women”. One of these reports involves a former, unnamed, female wrestler who was persuaded into giving the Chairman oral sex before being moved down the card and eventually released upon refusal of sexual activities in 2008, in 2018 she was paid $7.5 Million to remain quiet on the subject according to Jude Terror. Another report of unsolicited nude photos of McMahon alongside sexual harassment came from a contractor in 2008 who was allegedly paid 1 million dollars in response. In a third instance, McMahon paid another $1 Million to a long-time personal manager he had engaged in a sexual relationship with.

As the investigation of Vince McMahon continues, stories of Nondisclosure agreements and sexual assault allegations are still being reviewed by The WWE Board of Directors.

“PWInsider – WWE News, Wrestling News, WWE.” IS THERE MORE TO COME FROM THE VINCE MCMAHON SITUATION?, MY PICK FOR FLAIR’S LAST OPPONENT, SASHA OUTSIDE WWE AND MORE | PWInsider.com, https://pwinsider.com/article/161099/is-there-more-to-come-from-the-vince-mcmahon-situation-my-pick-for-flairs-last-opponent-sasha-outside-wwe-and-more.html?p=1. Just a week removed from the WWE’s departure to the Peacock streaming service began and we’ve already seen some shocking and frightening things. Before you go and activate your Peacock service, make sure you know exactly what you’re getting yourself into.

For the time being, the WWE Network is still fully functional for subscribers. While the transition to Peacock has begun, The Network won’t officially be offline until after Summer Slam. While it is still unknown if the “biggest event of the summer” will be streaming in bother services, more likely than not Summer Slam will be the first Peacock exclusive PPV. However, The Network technically isn’t “shutting down” at all! Subscribers outside the US will continue to get the WWE Network as the Peacock agreement is only for The State, meaning while it’s not ideal, with use of a VPN you could still enjoy your regularly scheduled programming!

Like we previously addressed, WWE’s full library isn’t set to be added to Peacock until after this year’s Summer Slam, however fans are skeptical whether or not the “Full” library will ever be readily available. Peacock’s social media team had been very unhelpful regarding these concerns addressing the Summer Slam plans but nothing further, not providing any detail on specific shows, or time frames. As it sits now, Peacock only has a limited amount of Wrestling for all the hype surrounding it. While Raw, Smackdown, and NXT can all be found, they are accompanied by a handful of seemingly randomly selected WWE PPVs and D-List originals. Above all else Peacock also lacks a user friendly interface. Providing no “Start over” option or even an option to pause shows, Peacock has come under fire from the public for their inability to fully enjoy events on their own schedule.

The most recent news regarding the streaming service and seemingly the most upsetting is Peacock’s mission to censor all WWE content, past or present! Initially removing the infamous Roddy Piper v. Bad News Brown Wrestlemania VI for Pipers use of “half blackface” , the next victim would be Owner and real life chairman of the company Vince McMahon’s controversial use of a certain satirical racial slur from Survivor Series ‘05. While we’re not condoning either instance, the blatant removal of this content seems rather uncalled for. With many fans believing Peacock should’ve opted for the “Muppets approach” including an advisory label in the description rather than cutting the footage. According to new reports, Peacock will be sorting through ALL of the Network footage to censor content that could be deemed “offensive”, leaving many long time fans weary of how the beloved “Attitude Era” will be represented on this new platform. While we may not agree with the actions of the past, we more so do not condone the attempt to erase or cover up history.

With seemingly more backlash than excitement, the overall consensus from wrestling fans seems to be an overwhelming “no” when it comes to the Peacock switch. Will you be making the change? Let me know what you think of the new service below and don’t forget to check out more Wrestling articles right here!